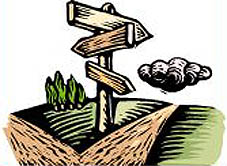 Believe it or not, this is my last message as your President for the term of 2005-2009. I want to express my gratitude for having the honor to represent this very fine organization as President. I am pleased and excited about some transformations through deaf sports reform. There have been positive changes and good results in the past 4 years. I believe that the 2005-2009 ICSD executive committee has been conscientious in upholding to the ideals and spirit of Olympism. ICSD realizes the importance of promoting good governance.

I do not make decisions and they can only be made by Congress delegates. The decisions made during the ICSD Congress in Taipei will be a deciding factor for the future of deaf sports.

During the SportAccord conference in Denver, I had the opportunity to meet with Mr. Christophe Dubi, IOC Sport Director and Mr. Jean Laurent, IOC sports department manager. We acknowledged a mutual understanding that the word "Deaflympic" is limited to the supreme governing body, only at the international level and it is still impossible to use "Deaflympic" at the national level. Currently under review are the issues of national sovereignty and non-discrimination.

As previously mentioned, the IOC President will soon consult with his Executive Board in order for the IOC to be in a position to sign the Memorandum of Understanding between both organizations.

After receiving feedback from IOC, I am now in process of making contacts with individuals who have expressed interest to serve on the Deaf Sport Reform working committees. The reform will require approximately 10 years for complete transformation.

for a copy of the citation. ICSD and Viable, Inc. hosted a dinner reception in his honor, along with two other international honorary degree recipients, Ms. Wilma Newhoudt-Druchen of Capetown, South Africa and Mr. Roberto Wirth of Rome, Italy. Congratulations, Dr. Knud Søndergaard.

An update on future editions of Summer/Winter Deaflympics:

The Slovak Games Organizing Committee (GOC) for the 2011 Winter Deaflympics has undergone organizational changes and is resuming business.

The 2013 Athens GOC has recently been established and will attend a cultural/deafness awareness seminar in Athens for 3 days this coming July. They will also receive training in the Transfer of Knowledge.

The city of Barcelona has shown genuine interest in bidding for the 2017 Summer Deaflympics. They will send a delegation to speak at the Taipei Congress. Any other cities are most welcome to consider hosting the Games.

I look forward to seeing you in Taipei.