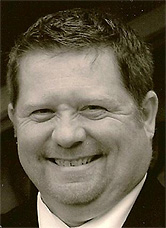 Aftermath of Slovakia Winter Deaflympics
Deaflympics is now facing an economic and social crisis with few parallels in our history.

The failure of the Slovakian Deaflympic Organising Committee and the criminal fraud perpetrated by its President, Jaromir Ruda, have caused massive hardship to Deaf athletes and administrators around the world.

The reputation of Deaf sport around the world has been severely damaged.

Need for Reform and Recovery
Faced with the outcome of the failed Winter Deaflympics in Slovakia, ICSD is bringing in independent investigation.

What is required is not just a change of faces around the ICSD Executive Board or ICSD Office table, but a new approach to Games management and to Deaf sports structure.

With no guarantee of government support provided during its bid, the organising committee for Athens 2013 folded after the Greek general election in 2009. The Hellenic Federation of Deaf Sports is currently working on a final attempt to win government backing for Athens 2013. We will know the outcome of this work in the weeks ahead.

Vancouver 2015's bid was chosen under a system where it was decided that cities could bid without needing the support of the relevant National Deaf Sports Organisation. And Vancouver 2015 failed too.

Faced with the comprehensive failure of the Deaflympics and the old system of bidding, management and hosting, we must now push ahead with nothing less than complete reform.

From October 2009, the ICSD members voted for new President and Board to implement strategic change. This change is now more vital than ever. I stood for election on the basis that isolation and the old way of doing things was no longer the answer.

Now more than ever, that is clearly the case.

Based on this strong mandate and faced with the failure of the Deaflympics, ICSD will bring in independent help to investigate what went wrong and how to radically improve. There will be an independent, realistic and honest assessment of the crisis facing the organisation.

ICSD already has a strategic plan for the future that has gained the respect of the Olympic Movement. To this, we will add the reform of the Deaflympics. This work will be implemented by the Executive Board and of course our new Chief Executive. We are fortunate, at this critical time, to be joined by a sports professional with considerable IOC experience of how to successfully manage the bidding and hosting of the Olympic and Paralympic Games.

Following a policy of engagement with the rest of the Olympic Movement, not isolation, the IOC President has also written to me expressing the IOC's willingness to help us investigate, reform and improve.

Relationship with the IOC
We need to bring to an end to the situation where the IOC is portrayed as being on one side and ICSD on another. Following the strategic plan I initiated, the Executive Board will be overhauling its relationship with the IOC and with other sporting bodies. Deaf sport does not exist in isolation: We use the competition rules of International Federations. Our anti-doping work is governed by WADA. We must embrace the opportunities that these organisations provide.

National Sovereignty
ICSD maintains that strong national members are the basis for a healthy Deaf sports movement. To this extent we are renewing our work to ensure the position of National Deaf Sports Federations is respected.

Mutual respect among sports bodies at the national level is best supported by mutual respect at the international level. I will continue to ensure that our progress with the IOC and IPC with regard to the autonomy of Deaf sport is strongly maintained.

Deaf Sport for Deaf Athletes
No sporting organisation can be successful if it does not put the needs of Deaf athletes first and foremost. I recognise that ICSD has for many years not done enough to prove that the wellbeing of Deaf athletes is our first priority. This is demonstrated by the long lack of an active athlete's commission. The re-establishment of this commission is a priority.

Deaf Sports Reform
It is now time to concentrate on the fundamentals. If ICSD is to be taken seriously as an organisation that serves high-performance Deaf athletes, by ensuring high-performance competitions, then this is what we must deliver. We must re-examine our priorities. We must be certain of what we want to achieve via the Deaflympics. We must find a new way forward. And we must pursue it with great resolve. Our Deaf athletes deserve nothing less.